Home > Blog > Why not use accessible website design to mark the bicentenary of the Battle of Waterloo?

Why not use accessible website design to mark the bicentenary of the Battle of Waterloo? 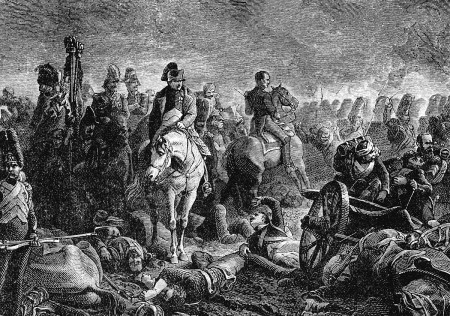 What do you know about Waterloo? No, we don't mean the ABBA song or the London railway and tube station; we mean the Battle of Waterloo. This battle took place in what was then part of the United Kingdom of the Netherlands on 18 June 1815 and saw the Emperor of the French, Napoleon Bonaparte, militarily defeated for the final time before his empire was destroyed and he lived in exile for the rest of his life. This defeat led to decades of peace in Europe and so the battle's bicentenary is certainly worth celebrating. The web design Chichester firm Access by Design can help you to celebrate it.

The Battle of Waterloo is so-called as it was fought just more than a mile away from the town of Waterloo, which is today in Belgium. How ironic that Napoleon's mission to unite Europe was foiled not far from Brussels, now the political centre of the European Union! Anyway, he was defeated by armies led by the Duke of Wellington and Gebhard von Blücher, in what the former called "the nearest-run thing you ever saw in your life" but led to long-standing peace in Europe. This peace was not broken until the outbreak of the Crimean War in 1853.

How will the bicentenary be celebrated?

There are many plans underway to celebrate the bicentenary of the Battle of Waterloo. A commemorative committee, called Waterloo 200, has been set up to oversee celebrations. Hence, it seems like a good idea to keep an eye on their website to see what specific events will be taking place, but events that we already know of include 'Waterloo at Windsor: 1815-2015', an exhibition at Windsor Castle that will run from 31 January 2015 and show prints, drawings and other material related to the battle.

How can YOU celebrate the special anniversary – with OUR help?

There is, of course, lots of information on the Access by Design website about how this web design Sussex-based business can assist many people in setting up appealing websites. We can help you to set up an accessible and responsive website that marks the Waterloo anniversary in several ways, perhaps including telling little-known facts about the conflict and pointing out upcoming Waterloo-related events that look great but could be too easy for many people, especially those who live in London, to overlook.