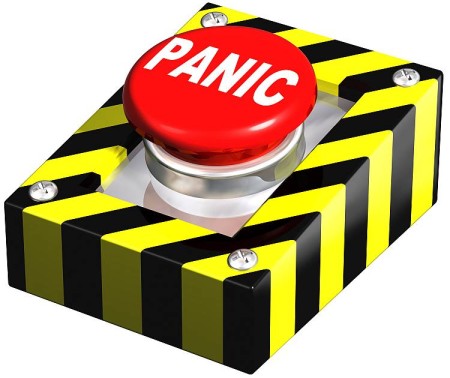 Have your website and emails ever gone offline without warning? If you want to avoid this happening to you, read on…

I have a question for you about your domain name. Your domain name (in case you didn’t know) is what people will type in when they want to go to your website. Usually, your email addresses will be associated with it as well. For example, my company’s domain name is accessbydesign.uk. It used to be access-bydesign.com. Yes, we decided on the company name before checking whether it was actually available!  Anyway, back to my question. Do you look after your domain or does someone else do it for you?

I got an email on Sunday morning a few weeks ago informing me that one of my client's websites was down. We subscribe to a monitoring service so that if there are any issues with our clients’ websites, we tend to get told pretty quickly. If there was a server issue we would get a flood of emails but this was just one of our clients. They are a large manufacturer in the North West.

I knew that it wasn't a server issue and quickly ascertained that it wasn't an issue with the account. Basically, if you tried to visit the client’s website you just got a blank screen. I did some further investigation and discovered that their domain had expired. The company owner had registered the domain over 6 years ago and paid for it with a credit card. Their contact email address was an old Hotmail one that was no longer in use and their card details were also extremely old. So the domain was not automatically renewed and they would not have got any reminder emails about it.

When a domain is not renewed and gets suspended, all emails and websites go offline immediately.  This meant I was unable to email them to let them know. I called the company to leave a message but they did not have an active voicemail! The best I could do was send them a message via Facebook!

When I called them the next day, they informed me that they were aware of the issue and were getting it resolved. It was another 24 hours before they had their websites and emails working again! Imagine not having any emails or a live website for 48 hours just because of something as simple as not having someone look after your domain for you!

Another of our clients (a small charity) had something even worse happen to them, their domain got hijacked! The first I heard of it was when someone told  them that their website was now taking visitors to an online shoe store! The cause of the problem was the same, the client had got a new credit card since they had bought the domain and they had not updated their card details. The domain was not renewed and someone else grabbed it the next day!

What they had to do was register a new domain and we then had to make changes to the database that powers their website so that the new domain could be live. The whole situation was sorted out within a few hours, but imagine if they were a well-known company, having their domain hijacked could have had it redirected to a rival supplier!

The moral of the story is; either make sure your card details are kept up to date or get someone else to look after it for you!